A Puzzle About Goal Tracking 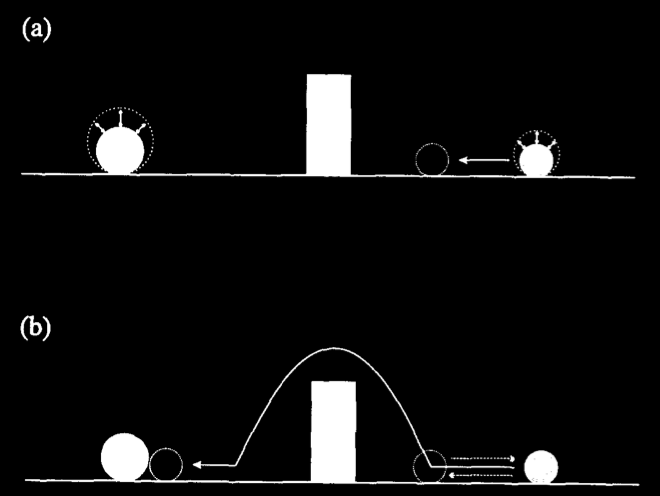 There was also a control group who were habituated to a display like this one but with the central barrier moved to the right, so that the action of the ball is 'non-rational'. 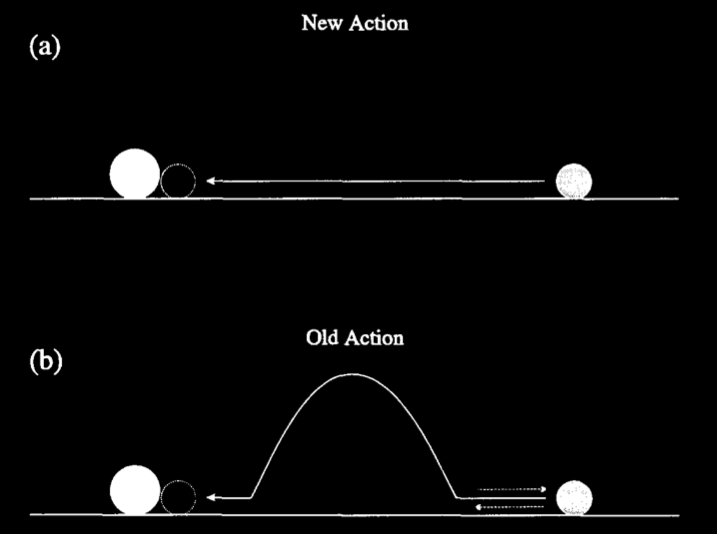 For the test condition, infants were divided into two groups. One saw a new action, ...
... the other saw an old action.
Now if infants were considering the movements only and ignoring information about the goal, the 'new action' (movement in a straight line) should be more interesting because it is most different.
But if infants are taking goal-related information into action, the 'old action' might be unexpected and so might generate greater dishabituation. 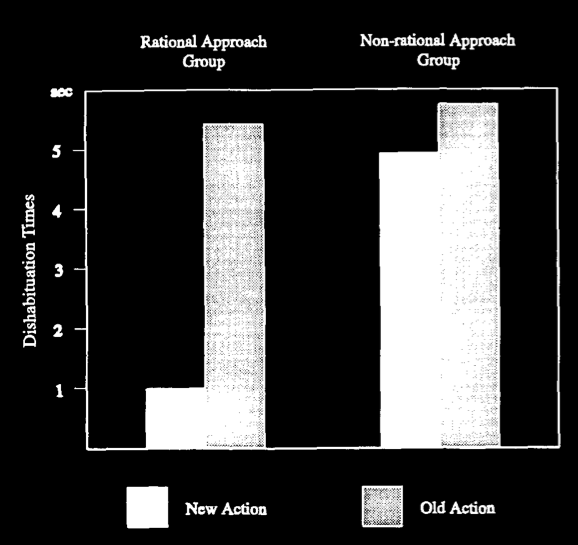 ‘by the end of the first year infants are indeed capable of taking the intentional stance (Dennett, 1987) in interpreting the goal- directed behavior of rational agents.’
\citep[p.\ 184]{Gergely:1995sq}
‘12-month-old babies could identify the agent’s goal and analyze its actions causally in relation to it’
\citep[p.\ 190]{Gergely:1995sq}
You might say, it's bizarre to have used balls in this study, that can't show us anything about infants' understanding of action.
But adult humans naturally interpret the movements of even very simple shapes in terms of goals.
So using even very simple stimuli doesn't undermine the interpretation of these results.

Consider a further experiment by \citet{Csibra:2003jv}, also with 12-month-olds. This is just like the first ball-jumping experiment except that here infants see the action but not the circumstances in which it occurs. Do they expect there to be an object in the way behind that barrier?

Here then is the puzzle about development that I mentioned this talk was about:

In infants under 10 months,
it appears that
some,
but not all,
goal-tracking is limited by their abilities to act.

Let me recap how we got here and why this is puzzling.
I started by asking, How 9-month-olds track can goals? The Simple View offers one answer: the principles comprising the Teleological Stance are things they know or believe, and they are able to track goals by making inferences from these principles.
I suggested that the Simple View should be rejected because it cannot explain why infants’ abilities to track goals are limited by their abilities to perform actions.
At least, mTga provides a better alternative to the Simple View. According to mTga, Infants’ pure goal-tracking depends on the double life of motor processes.
mTga correctly predicts that infants’ pure goal-tracking should be limited by infants’ abilities to act ...
But, unfortunately, there appear to be cases in which infants’ pure goal-tracking is not limited by their abilities to act, and this is contrary to mTga.
The puzzle, then, to explain how infants can track goals if neither the Simple View nor mTga is correct.
Even worse, there’s another, apparently unrelated puzzle to explain too ... 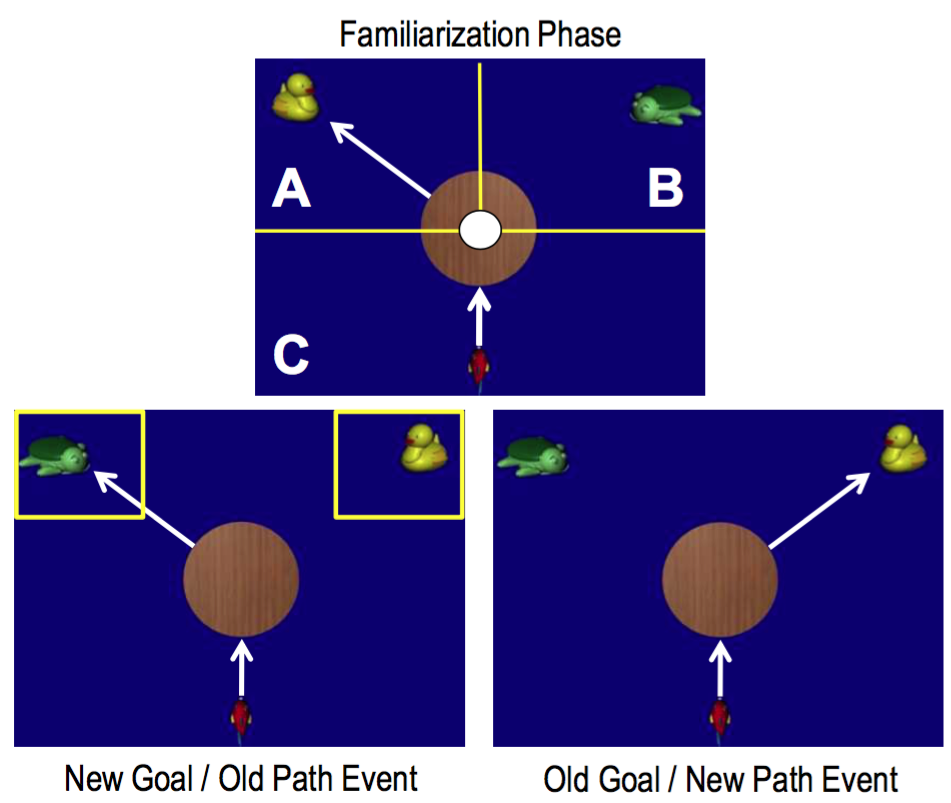 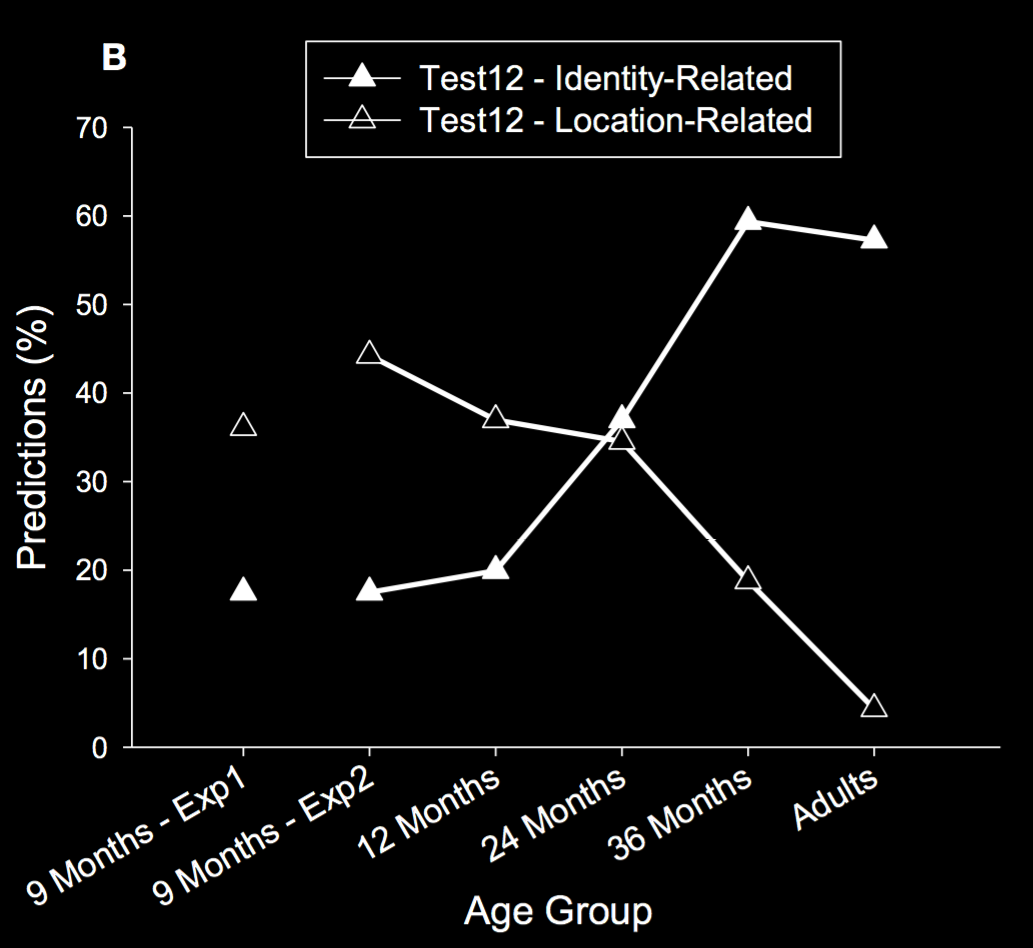 [skip -- just here in case need for discussion; shows that anticipatory looking to cartoon fish takes years to develop]
Here then is another puzzle about development:

The \textbf{second puzzle} is how to explain, in a principled way, why there should be discrepancies between these measures. We cannot do this by invoking mTgt because on mTgt, proactive gaze is a case in which goal-tracking is paradigmatically manifest.
I want to respond by arguing that not everything which appears to be goal-tracking in infants actually is goal-tracking.
So the puzzle is merely apparent. The appearance is due to the fact that we do not carefully enough distinguish tracking the target of an action from tracking the goal of an action.