\emph{perceptual animacy}, the detection by broadly perceptual processes of animate objects and their targets. 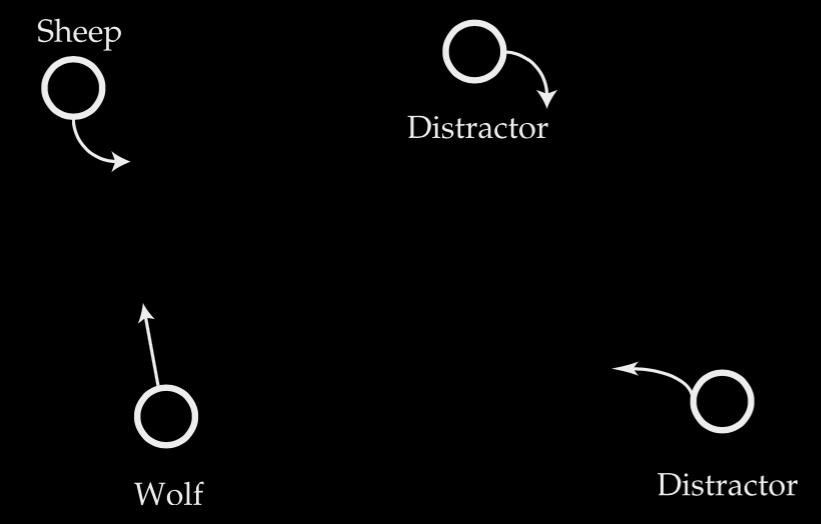 Evidence for the existence of perceptual animacy comes from a variety of studies where adults are given a simple visual task such as identifying which circle is the ‘wolf’ and which the ‘sheep’, or, in another experiment, moving the sheep around in order to avoid being caught by the wolf.
It is also possible to examine how having a sheep and a wolf affects how attention is allocated by measuring how well participants can detect probes placed on different shapes.
The literature on perceptual animacy mostly confounds it with goal tracking. But there are two key differences.
First, perceptual animacy is a broadly perceptual phenomenon.
Second, the perceptual detection of animacy is clearly distinct from goal tracking for it involves detecting relations between objects in motion rather than outcomes to which actions are directed. Relatedly, it does not involve sensitivity to the type of action. And the perceptual detection of animacy appears to depend on simple cues and heuristics and is unlikely to be correctly described by the Teleological Stance. So perceptual animacy does not involve tracking goals to which an action is directed: it is a matter of tracking objects to which animate movements are directed. 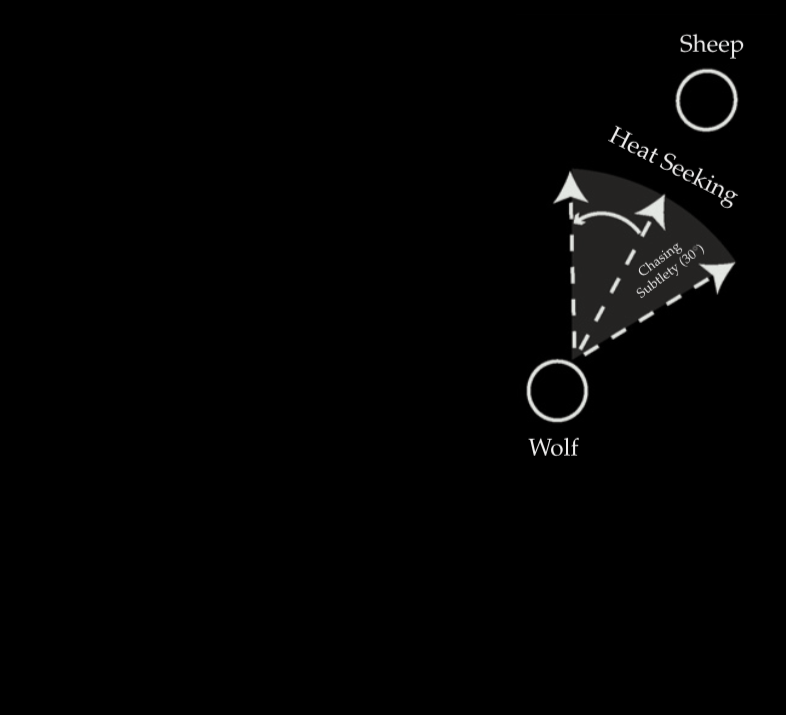 \emph{{perceptual animacy}}, the detection by broadly perceptual processes of animate objects and their targets. To illustrate, consider a groundbreaking experiment by \citet[experiment 1]{gao:2009_psychophysics}. Adults were shown a display which contained some moving circles. In some cases the circles moved independently of each other, but in other cases there was a ‘wolf’ which chased a ‘sheep’ with varying degrees of subtlety. The adults’ task was simply to detect the presence of a wolf. \citeauthor{gao:2009_psychophysics} established that adults can do this providing the chasing is not too subtle. In further experiments, they also showed that adults’ abilities to perceptually detect chasing depend on several cues including whether the chaser ‘faces’ its target (‘directionality’) and how directly the chaser approaches its target (‘subtlety’). The detection of animacy appears to be a broadly perceptual phenomena since it depends on areas of the brain associated with vision and influences how perceptual attention is allocated \citep{scholl:2013_perceiving} irrespective of your beliefs and intentions \citep{buren:2016_automaticity}. 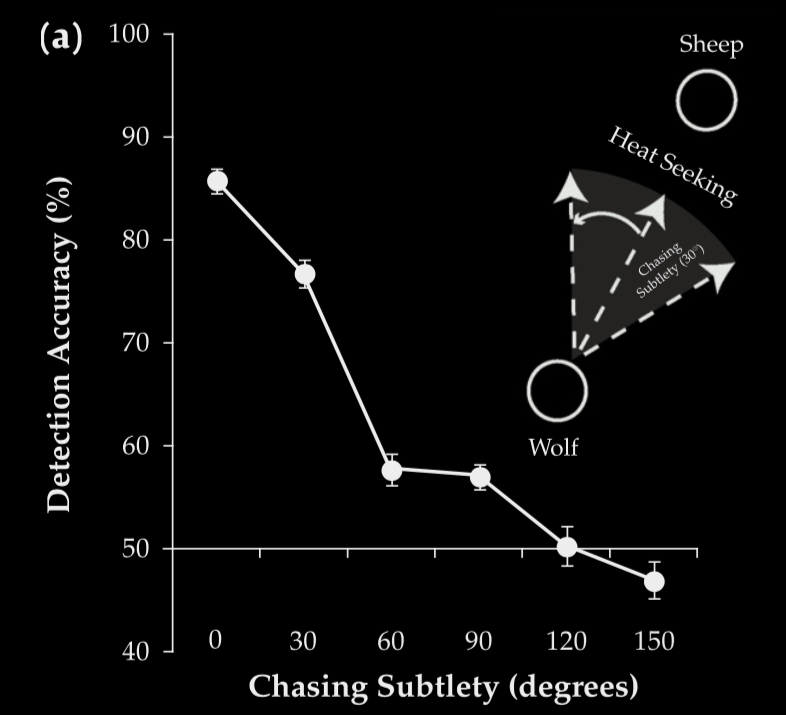 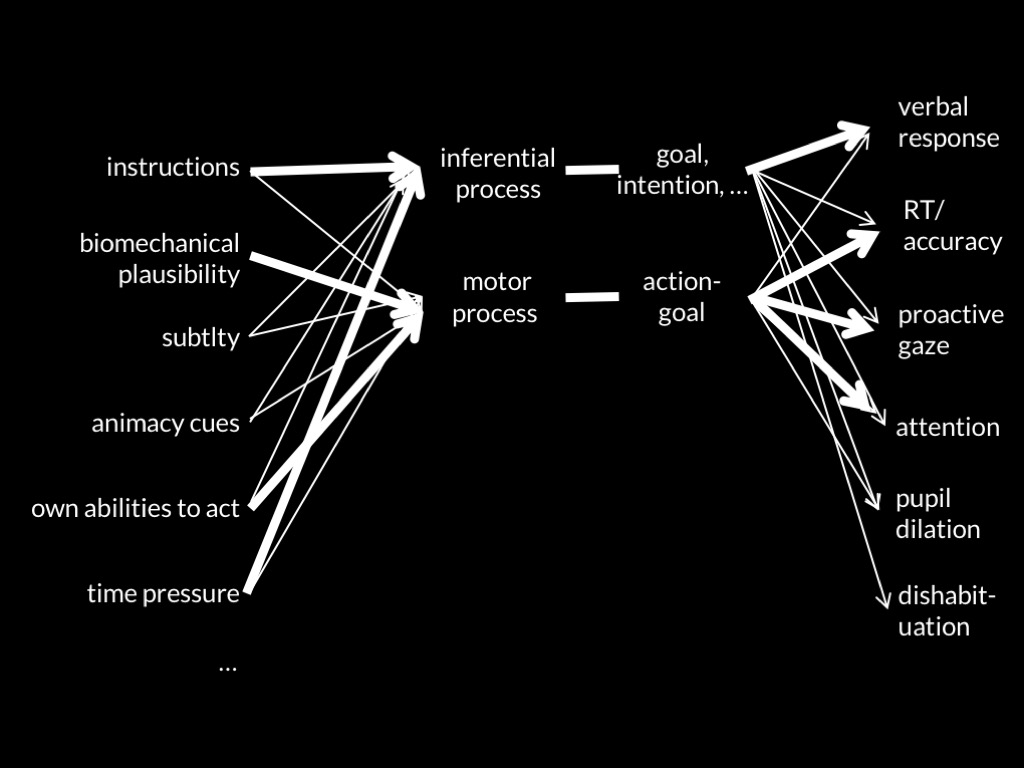 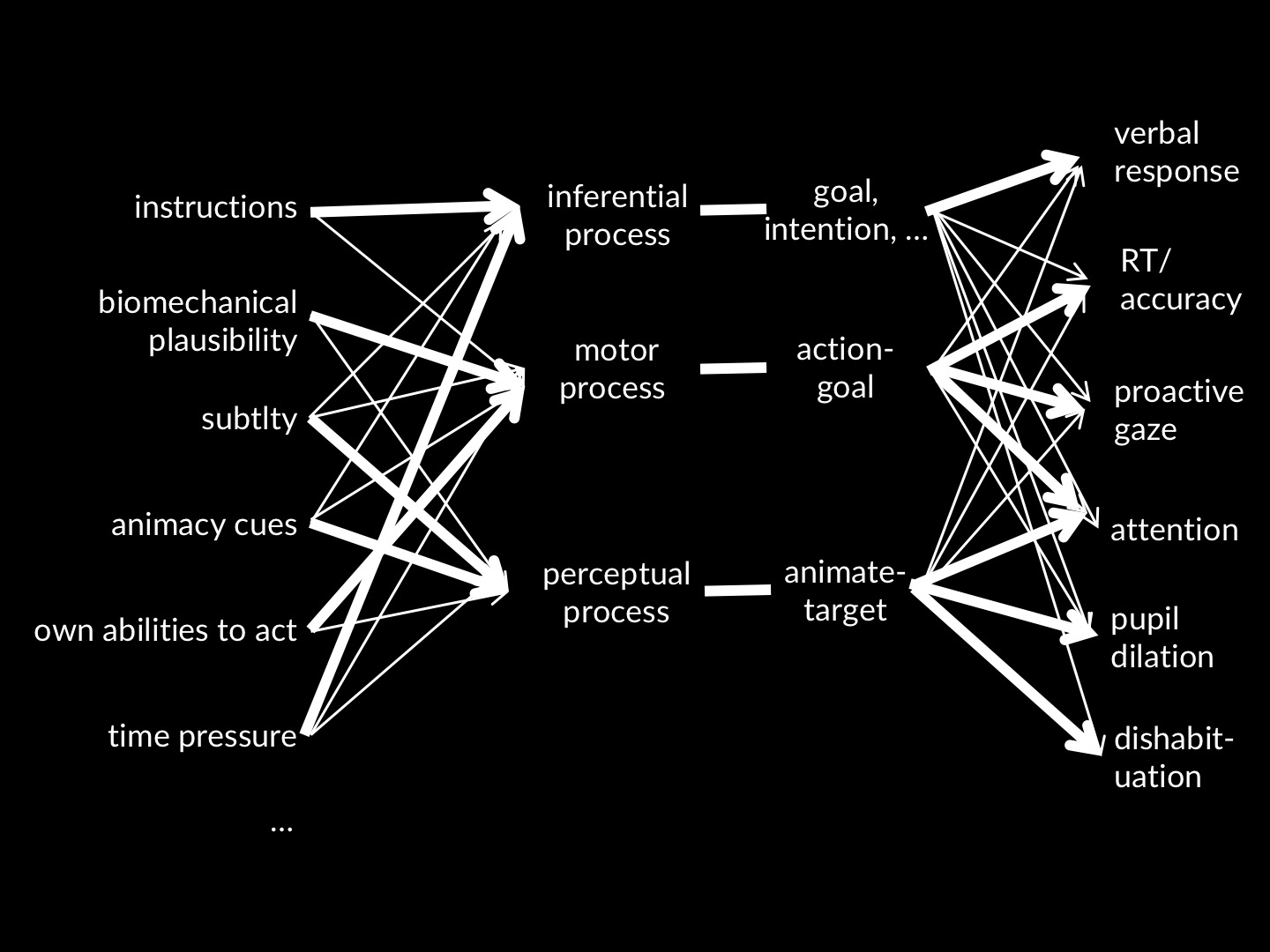 To illustrate, we have to recognise that, in adults, there are multiple processes involved in tracking actions, which are differently affected by changes in context, and which probably have different affects on different kinds of responses to observed and anticipated actions.
Here is a rough guess about how things look IN ADULTS.

appearances that goal-tracking is not limited by their abilities to act are due to perceptual animacy.

Where 9-month-olds appear to be tracking goals
in ways not limited by their abilities to act,
they will be subject to signature limits of perceptual animacy
(e.g. subtlety, directionality);

and the processes underlying their abilities will be broadly perceptual. 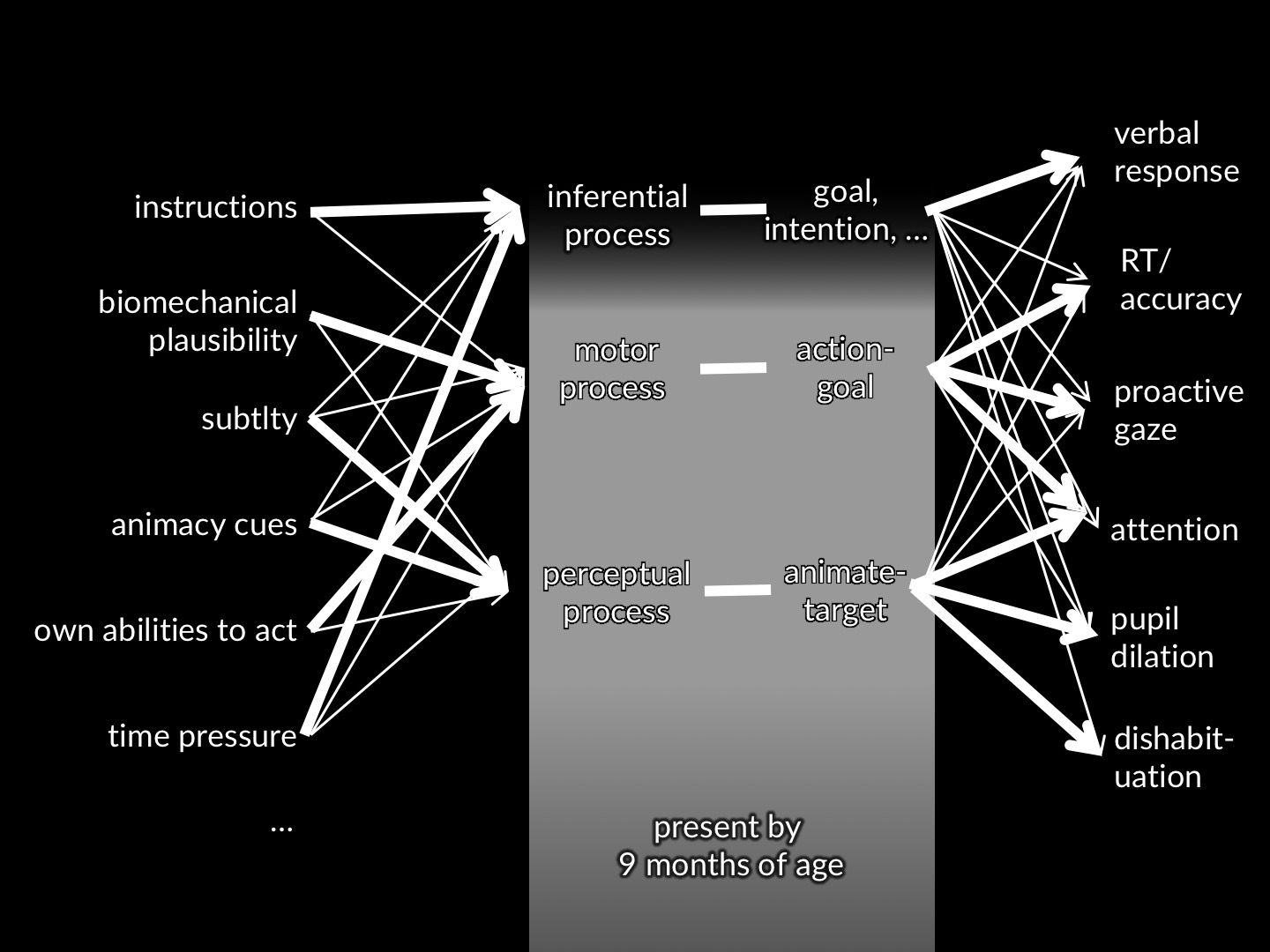 what’s already in infants ...
How does the conjecture help with the puzzles about development?

The second puzzle was a dissociation between dishabituation and pupil dilation on the one hand and proactive gaze on the other. The conjecture I have formulated suggests a solution: perhaps perceptual animacy is sometimes responsible for pupil dilation and dishabituation; but never responsible for proactive gaze.
The first puzzle was the appearance of cases of goal-tracking in infancy which is not limited by infants’ abilities to act. The conjecture I have proposed suggests a solution to this too: those cases are underpinned by perceptual animacy and so not genuine cases of goal-tracking at all. 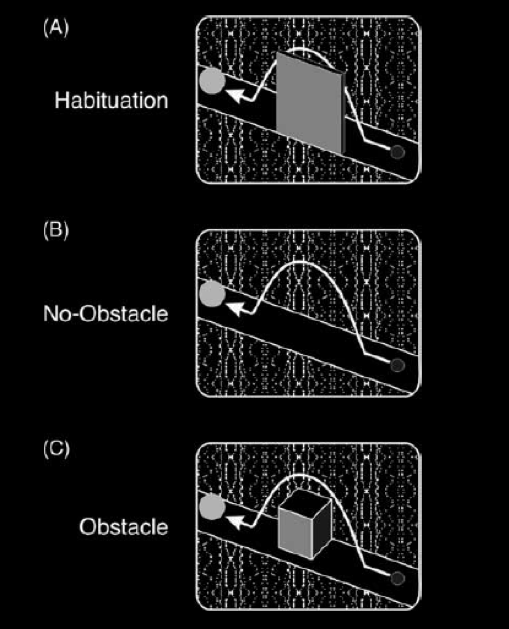 Pupil dilation at 6 and 12-months of age; unlike proactive gaze, it does not correlate with experience of being fed; but it isn’t plausibly perceptual animacy either. (Why would perceptual animacy predict a difference between spoon going to mouth or hand?) Instead it may be a consequence of associative learning about the typical sequence of chunks of actions.